Loss prevention is a major concern for every Florida business that maintains a physical storefront or office. To protect merchandise and other valuables, more and more business owners are turning to Fort Lauderdale business surveillance systems, which have become extremely advanced in the last decade.

Surveillance systems offer a multitude of benefits beyond deterring break-ins and capturing evidence in case one does happen. Advantages to installing a business surveillance system include:

In choosing a surveillance system, businesses must consider all the areas in which they would like to add value by adding surveillance. Doing so will make the process of choosing the best system a little easier. 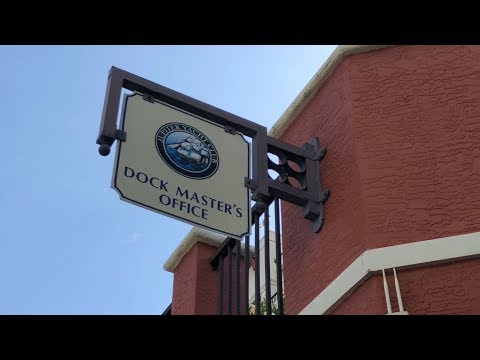 Analog security systems became mainstream in Fort Lauderdale, Florida in the 1970s. These systems required one cable for video transmission and another to power the camera. The recording unit serves as the center of the system, and each camera installed was connected via cable to the recording unit. Analog systems were the standard until digital IP systems were introduced in the late 1990s. Traditional analog systems produced images that were grainy and resulted in even lower image quality when frames were enlarged to examine details. Older analog systems utilized VCR systems to record footage onto VHS cassettes. Reviewing footage entailed the cumbersome process of rewinding tapes back to a certain point and fast-forwarding to other points in the video. In the early ’90s, video technology improved, and analog systems were upgraded to use DVR technology for recording video footage. As high definition IP megapixel cameras became more widely available, the Network Video Recorder (NVR) system became necessary. NVRs allowed cameras to be connected to a network that utilized Power Over Ethernet (POE) switches to record footage and store data on a server with capability to accommodate 24-hour operation.

Instead of using analog wiring, IP systems connect the recording unit to a digital camera via Category 5 (CAT5e) or Category 6 (CAT6). Cameras in a dedicated network can be connected to the central recording unit via a switch or hub. IP camera systems typically use upgraded HD digital cameras to produce superior image quality. Digital cameras also tend to have a larger frame of vision when capturing footage. In addition to improved image quality, digital cameras offer better analytics. These systems can be configured to begin saving data upon detecting motion on the premises and even send a notification to the business owner’s phone upon detecting a suspicious event.

The first difference to consider between DVR and NVR systems is camera resolution and software ability. Video Management Software (VMS) is usually the term used when describing a NVR software. DVR systems at best record video in standard 720 x 480 resolution. In contrast, NVR systems record in high-definition 1080p – 4k, which produces a much clearer image. Business owners must also consider frame rates when choosing a system. Frame rates also affect video quality during playback. As a general guideline, when the frame rate is below 10, video will be choppy. Cameras that record at 24 frames per second can depict a vehicle moving up to speed. NVR systems offer a more advanced programmable solution and FPS setting can be tailored to the specific application. High definition cameras recording at higher frame rates is a fantastic ability on a NVR, however the need for additional storage will be greatly impacted. A proper solution finds a median between FPS, resolution, and recording duration.

One advantageous feature Fort Lauderdale business owners may look for is motion recording. Most DVRs and NVRs have motion recording capability, which allows a camera to be set to record video only when the system detects motion. The camera will usually save footage from what occurred a few seconds before the motion occurred and continue to save footage for a preset amount of time. As a disadvantage, motion recording may be programmed in a manner that causes the system to stop saving footage prior to capturing the entire scene.

Florida businesses that implement surveillance to prevent break-ins should invest in a system that is able to record in low light infrared. The human eye is unable to see clearly in a dark room; however, certain security systems utilize cameras that can capture and reflect infrared waves. The result is an image that appears as if it was recorded in a sufficiently lighted room. Cameras that have more LED lights are better able to capture images in darker rooms. Having the capability to record in dark settings may not be a major concern for every business. For example, a store that can only be accessed from inside a mall or other building with external security is a less likely target for vandalism and break-ins in dark settings.

It is important to choose a camera that is capable of recording in the setting the business owner would like to place under surveillance. A camera that is designed to be installed outdoors (IP66 Rated) can better withstand outdoor elements while an indoor camera system would likely sustain damage in an outdoor setting. Exposure to wind, debris and weather will not only damage the surveillance equipment, but also interfere with footage quality if the equipment was not designed to be exposed to outdoor environments. Camera models that will be used to record outdoor areas such as entrances, parking lots, and windows should be resistant to dirt and water.

Choosing the right system for you in Fort Lauderdale

Fortunately, the market for surveillance equipment and systems is much more expansive than in decades past. Florida business customers may choose from a variety of systems that are highly customizable and fit different budgets. Technological advances have made it possible to capture higher-quality footage in previously impossible settings.

The initial question Florida business owners should ask is what goal they wish to accomplish through implementing surveillance. After identifying a specific set of needs and objectives, choosing the right business security system in Fort Lauderdale or Pompano Beach is simply a process of matching required features with available budget. The professional support team at EOS stand ready to help if you have any questions regarding your solution.

At eos, we specialize in custom surveillance systems. We understand the need for a solution that requires close attention to detail on large scale. Contact us today for a design specific to your facility.

At eos, we understand the needs a small business requires for a surveillance system. Contact us today to develop a custom solution to meet your goals and budget.

At eos, we understand the needs a small business requires for a surveillance system. Contact us today to develop a custom solution to meet your goals and budget.

At eos, we specialize in custom surveillance systems. We understand the need for a solution that requires close attention to detail on large scale. Contact us today for a design specific to your facility.